She looked at me, “You know.” She raced deeper into the hills. I followed. We reached the top of a hill, and she stopped. “There.” She pointed to a building made of cylinders, covered with windows. Several men stood before it. They tossed a bound woman toward its entrance.

This is part 20 of the serial story I’m working on for Lisa McCourt Hollar‘s #55WordChallenge flash fiction challenge. Please, go read all the other entries in the challenge this week. It’s flat amazing what gifted writers can say in just 55 words.

If you wish to read all the parts of the story, they are in order, from most recent to first, here.

Cynthia pointed toward the hills outside the city. I ran to those hills. As I crested one, I came across another woman. She was looking deeper into the hills. She turned to me, “Flint.”

“Everybody knows my name.”

She handed me a strange-looking gun, and two knives. “I need your help.”

This is part 19 of the serial story I’m working on for Lisa McCourt Hollar‘s #55WordChallenge flash fiction challenge. Please, go read all the other entries in the challenge this week. It’s flat amazing what gifted writers can say in just 55 words.

I don’t want a girl that’s been tamed. Where’s the fun in having a girl that’s just like all the other girls? That only knows how to follow the rules? I want a wild woman. One that’s unique, and lives by the rules of her heart.

Another one for Lillie McFerrin‘s flash fiction challenge, Five Sentence Fiction. This week, the prompt is Wild.

Please, go read all the other entries to this week’s Five Sentence Fiction. It’s amazing what creative people can do with just five sentences.

“Is that the Mona Lisa?”

I took a sip of my wine, savoring the flavor on my tongue. “Of course not. Like I could afford the Mona List.”

“It’s just a copy. Like the Picasso, the Van Gogh, and the Manet.”

She was like all the other women I’d brought home. She’d spend the night, and then be gone. Because I was a pretender. I collected copies of artwork, and displayed them in my cheap apartment. I wasn’t the rich man she wanted.

But the night would be fun. And in a few weeks, I’d bring home that painting from Degas I’d had my eyes on. Like the rest, it wouldn’t be a copy, but the real thing, though I could never admit it. I savored more of my wine. The advantages of being a museum caretaker were better than anyone thought.

I wrote this for Rebekah Postupak‘s #FlashFriday, Week 29. Please go read all the entries in this week’s #Flash Friday. They are good reading. 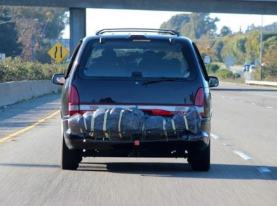 The woman motioned me to approach her. I did, “Who are you?”

“You’re not safe here, Flint.” She touched my shoulder. Everything went blank.

I woke up to discover I was wrapped in black fabric and strapped to a metal grate. I couldn’t move. But the grate I was on was moving. Very quickly.

This is the 9th part of the serial story I’m working on for Lisa McCourt Hollar‘s weekly #55WordChallenge flash fiction challenge. Please, go read all the other entries in the challenge this week. It’s flat amazing what gifted writers can say in just 55 words.

The dead guardians all had guns, some drawn, some not. I set my rifle and two pistols on the floor.  The stone table changed. Ghostly figures appeared behind it, looking at a woman laying on it. She wore only stockings and lingerie. She looked at me, smiled, and spoke, “Hello, Flint.”

She knew my name.

This is the 8th part of the serial story I’m working on for Lisa McCourt Hollar‘s weekly #55WordChallenge flash fiction challenge. Please, go read all the other entries in the challenge this week. It’s flat amazing what gifted writers can say in just 55 words.

There was something about the woman that made me uneasy. Took me a few minutes, but I realized it was her eyes. They weren’t any special color. Just hazel. But there was something in the way she looked at me that rattled my nerves. They were empty. I mean, the kind of eyes that you look in and nothing looks back. No emotion. No life. Just nothing. Everybody’s got a look in their eyes. Anger. Frustration. Love. Pain. You name it. It’s in their eyes. But not hers. Her eyes were like blank sheets of paper. Not even any lines to write on.

I watched her as she walked around the bar. Moving from place to place. Looking like some kind of soulless bird of prey searching for food. I was thinking, “Damn. I ain’t going anywhere near her.” Now I gotta admit, I didn’t mind watching her. She was a work of art. Some of the best curves I ever seen. And if it hadn’t been for her eyes, I’d have gone after her. She was the best looking thing in the whole bar. By far.

But those eyes. Damn. One look at them, and I could hear air raid sirens going off. “Everybody, to the bomb shelters! Now!” Jesus, but those eyes were scary. You know that feeling you get when some guy’s pointing a sword right at you, and all you got’s a jewelry screwdriver to fight back with. Yeah. That kind of scary.

She hit a few guys up for drinks. Always walked away from ‘em. Until that last guy. He was all smiles. You know the type. “No woman can resist me! And I want one to play with tonight!” Gods, I hate them bastards. Give the rest of us bad names. “Oh, he’s a male. You know what they’re like.” Well. Mr. I’ve got what you want in my pants just kinda drifted over to her. Bought her a drink. Then another drink. They laughed. They talked. He put his hand on her thigh, and let it drift up. She didn’t stop him.

I figured, “They’re made for each other.” Sure enough. After an hour or so, they left. Together. Her clinging to his arm. With that playful look that says, “I’ve know what I want for desert.” And him, grinnin’, with that look that says, “Don’t you poor bastards wish you were me.”

Yep. They  left. And everybody knew where they were going. And what was gonna happen.

A few days later, the cops stopped by the bar. “Have you seen this guy?” They were asking everyone. Showing his picture. It was the same guy that had left with the woman with the blank eyes. “He’s been missing for two days now.” His friends were concerned. His employer was concerned. They’d called the cops. Filed a missing person report.

That was the last we heard. Until a few weeks later. It made all kinds of news. Was on CNN, right there over the bar. They’d found a mini-storage shed that had 24 male bodies in it. Stacked like cord-wood. No telling how long they’d been there. They’d been treated so they didn’t decay. Like they’d been embalmed or something. The story said this has been going on for years and years. Each body was someone that was missing, and never found. The missing reports went back 24 years. One each year. But never on the same day, or time of year. So there wasn’t a real pattern. And the missing were scattered over a 100 mile radius from the warehouse. Again, no real pattern.

But, checking the corpses, a pattern did appear. Each had severe damage to their central nervous system. As if they’d been severely shocked.

They never found the woman. But we all knew it was her that had done killed those men. We all described her to the cops. But they never found anyone matching the descriptions. All anyone could do was wait, and see if there was a 25th body someday.

All I could think was, “I knew that bitch was dangerous.”

This work was written in response to the prompt for Motivation Monday, hosted by Wakefield Mahon each week. I’m still writing. But I’m writing outside the word count limit rules of most challenges right now, so I’m not entering Flash Fiction challenges at this time. Seems I’m looking for something. Anyway. Please feel free to wander to the Motivation Monday site, and read the entries for this week. They are always good.